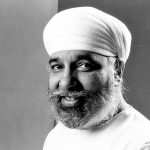 Initiator and Lead Secretariat of the All Party Parliamentary Group (APPG) on Indian Traditional Sciences, Amarjeet is a prominent lecturer, practitioner and author on India’s Traditional Sciences. As a Fellow of the Ayurvedic Medical Association UK, Vice Chairman of British Complementary Medicine Association and Honorary Advisor to Association of European Ayurveda Academy, Amarjeet has been instrumental in ensuring Ayurveda remains at the heart of the soft power alliances between India and the UK. On 18th April 2018, Amarjeet oversaw the launch of a new Yoga Centre of Excellence and Indian Traditional Medicine by HRH Prince Charles and Prime Minister Narendra Modi as a first-of-its kind global network for evidence-based research on Yoga and Ayurveda.

Amarjeet believes in a holistic approach that enshrines the body, mind and soul, aiming to treat the cause not just the symptom of the disease thus helping the body release its healing potential. The aim of any holistic application is to empower the patients through knowledge and education so as to help them make informed choices and prudent decisions.

A long-time champion of Indian Traditional Sciences in the West, Amarjeet was honoured recently to lead a very successful national campaign in the UK to save herbal medicines by launching a million-strong petition in direct response to the European Union’s Traditional Herbal Medicines Products Directive.

For the past thirty-five years, he has gained incredible experience in practicing and teaching all over the world. Working with learners from all walks of life, nationalities, disabilities, abilities, age and gender groups. Amarjeet has the understanding and the ability to work with dis-advantaged groups including people with learning, physical and sensory disabilities.

Amarjeet’s training programmes are world renowned for the clarity of their presentation and structure and a unique and charismatic entertaining style and my professional workshops are always packed with practical and spiritual knowledge, that will give the student a level of understanding and expertise, which would not normally be available from training courses perhaps outside India.

The year 2018 led to the launch of a new UK-India Tech Alliance, announced by Prime Ministers May and Modi in London. Amongst this iconic list of ‘Most Influential People in UK INDIA Relations’, includes the name of ‘Amarjeet Singh Bhamra’, helping to elevate the bilateral relationship to a new level.